All Together Now – Chapter Two 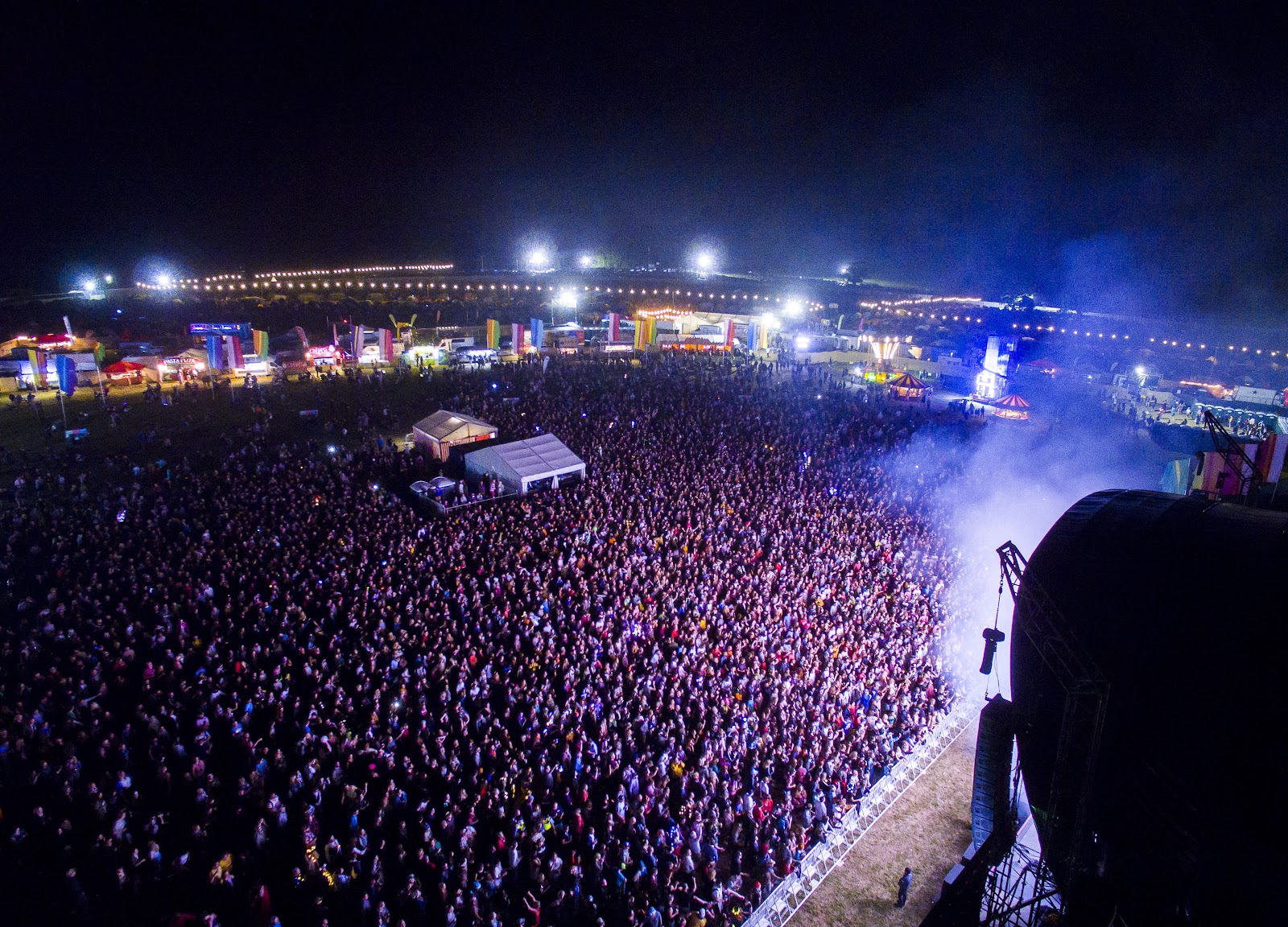 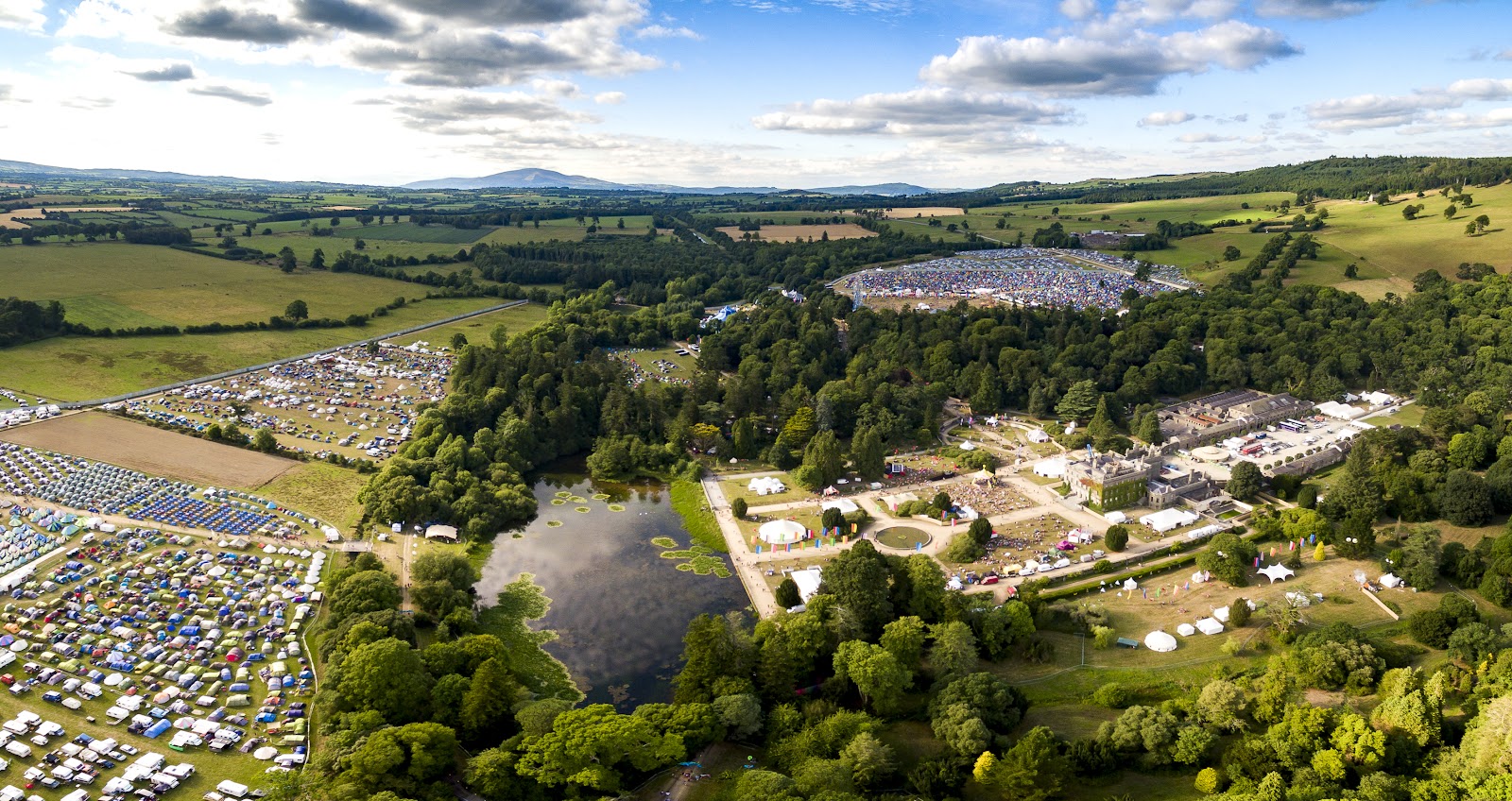 The Good, The Bad & The Queen . Jon Hopkins Live

plus many more to be announced across 16 stages of music, theatre, spoken word and comedy

The wait is over! Following the announcement of our critically acclaimed headliners THE NATIONAL, and FONTAINES D.C. for their only Irish festival this year, we are super excited to now reveal some more incredible artists who will be joining us this August Bank Holiday weekend for the second chapter of All Together Now.

We are thrilled to welcome the seminal and legendary poet and punk rock artiste PATTI SMITH whose 2018 show with Nick Cave at RHK sold out within minutes and was the concert of 2018. Her debut LP Horses was the beginning of a long musical career that resonates even greater today.  The album has achieved many notable recognitions over the years and included on many all-time best album lists.  It has been followed by another nine albums of original material, books of poetry and a best-selling memoir, Just Kids; world tours and personal appearances, as well as induction into the Rock and Roll Hall of Fame.

UK indie-electro kings HOT CHIP will be performing live. The band have released six studio albums with their last album Why Make Sense, hitting the Top 5 in the Irish Album Charts. Not only have the band been nominated for a Mercury Music Prize for their album The Warning but they have also been nominated for a Grammy with their belter of a track Ready For The Floor. Known for their jaw-dropping live sets – the UK electronic quintet are not to be missed!

Josh Tillman is the singular voice of FATHER JOHN MISTY. This man has many strings to his bow, including singer-songwriter, drummer, guitarist and all round witty, satirical lyricist. Most notably, Tillman started out as the drummer with Fleet Foxes and since going solo under the alter ego of Father John Misty has produced his breakout album ‘I Love You, Honeybear’ which received widespread acclaim from critics, followed by his Grammy award winning album ‘Pure Comedy’ and his latest studio album God’s Favourite Customer. His solo work has seen him collaborate with Beyonce and Lady Gaga.

Damon Albarn fronted supergroup THE GOOD, THE BAD & THE QUEEN, which also includes legends Paul Simonon, Tony Allen and Simon Tong, will take to our stage fresh from the release of their universally acclaimed Merrie Land which was produced by the band alongside Tony Visconti. The Good, The Bad & The Queen began life as the acclaimed 2007 album of the same name, a heartfelt tribute to London described by The Observer in a 5 star review as –“One of the most surprising and magical records for which Damon Albarn has ever been responsible”. The record traced a journey from the English music hall tradition to West Africa and Afrobeat, zigzagging through the West Indies and its reggae and dub, back to England and London’s punk scene, all the while taking in a strand of British beat music from the ’50s right through to Britpop.

Also joining the bill is electronic musician and producer JON HOPKINS LIVE. Following on from an Ivor Novello nomination for Monsters and Mercury nominations for Diamond Mine (with King Creosote) and Immunity, Jon Hopkins fifth album garnered his first ever nomination for the Grammy Awards, joining a strong and inspiring list of records in the Best Dance/Electronic category for 2019.

BAFTA-winning composer ÓLAFUR ARNALDS is known for his unique blend of minimal piano and string compositions with electronic sounds. Ólafur performed a fully sold out show at Dublin’s NCH in 2018 and this is his only Irish festival of 2019.

An artist who helped define an era of protest and pop, notably with her global hit single ‘Buffalo Stance’, and receiving excellent reviews for her recent Four Tet produced album ‘Broken Politics’, we are super pleased to welcome the iconic NENEH CHERRY.

Next up, 24-year-old South Londoner LOYLE CARNER released his debut album ‘Yesterday’s Gone’ showcasing his insight, erudition, and poetic intensity which have earned him the respect of die-hard hip-hop fans, industry insiders and most importantly, his peers. “Loyle Carner is Britain’s most recent new hope in hip hop” – The Fader. This will be his only Irish festival performance this year.

THE WAILERS will bring their legendary and revolutionary sound to Curraghmore Estate, too. Steered by famed bassist and founder Aston “Familyman” Barrett, and joined in solidarity with original Wailers’ guitarist Donald Kinsey, The Wailers continue to create musical history.

Excellent Irish artist LISA HANNIGAN  will team up with STARGAZE, a classically trained orchestra of European musicians for her only Irish festival show in 2019. The collaboration sees Hannigan’s sparse, ethereal folk transformed into something cinematic and transfixing. Expect lush re-workings of songs from across her three critically acclaimed albums. Yesterday brought news that Lisa is poised to release a live album on May 10th with s t a r g a z e, led by the revered German conductor Andre de Ridder. Check out the new video for Swan here

We also bring you Icelandic experimental techno duo KIASMOS (Live), who will also be performing at All Together Now for their only Irish festival date this year.

Expect some deep house meets dreamy electronica from GEORGE FITZGERALD (Live), whose record All That Must Be was released to critical acclaim last year. This will be George’s only Irish festival date in 2019.

It gets even better….we’re bringing you the awesome LEFTFIELD (DJ SET) – one of electronic music’s all time greatest acts, the incredible harmonies and melodies of LITTLE GREEN CARS, and the honey voiced, classically inspired JOSE GONZALEZ. Irish band FONTAINES D.C. have been taking the world by storm – and will be at All Together Now for their only Irish festival date this year. Their eagerly awaited debut album ‘Dogrel’ will be out on April 12th – preceded by 4 rapturously recieved AA singles. Then, prepare to be soothed by the cool, smooth, jazz vibes from musician/producer KAMAAL WILLIAMS, who’s joining us for his Irish festival debut.

Also coming to Curraghmore Estate…EROL ALKAN, Phantasy Sound boss, DJ, remixer and one of dance music’s most enduring and influential artists. BEN UFO, one of the most sought-after DJs of this decade and founder of one of the most important labels in UK dance music. Canadian music producer and DJ JAYDA G, whose debut album is coming out on Ninja Tunes this March. The electronica / folk stylings of UK band TUNNG. Choice Music Prize winners SHIPS. Festival favourites  KING KONG COMPANY. Dublin-based punk outfit THE MURDER CAPITAL are a rare thing: a band tipped from all corners and word has spread like wildfire about their live shows.

All Together Now will be set across 16 stages, featuring natural amphitheatres,  secret woodland stages, the Belonging Bandstand and more.  The flow of the festival will mean that the grounds will be easily navigable, intimate but with quirky gems, rolling lawns, gentle hills and hidden forests to enjoy the nature of this 3000 acre site.

Last year we set off on All Together Now’s maiden voyage. Curraghmore Estate’s 3000 acres provided a setting so fruitful and so beautiful, with incredible history. We had the pleasure of creating and curating a festival here – a festival which has boundless possibility as it evolves each year. 2018’s festival carried an inspiring atmosphere, where people were respectful of each other, the incredible landscape and wonderful performers. Setting off on this journey, we endeavoured to embrace the landscape’s beauty, to honour the past but also to collaborate and create a new future. Beautiful feasts of food and bespoke cocktails can be enjoyed within this dramatic and scenic landscape.

We are passionate about creating and promoting sustainability at All Together Now and we are acutely aware of our duty of care to Curraghmore Estate’s stunning grounds. All Together Now festival goers embraced this and we all left the grounds of Curraghmore Estate as we found them. We will be introducing even further measures for 2019, which we will be rolling out in the forthcoming months.A key part of our creative work is to create a festival for families and kids to enjoy, be inspired by, to be safe at and to feel cared for. In doing so we will create an area to fulfill this ethos called Kids Together.

This glorious setting is perfect for its proximity to some of Ireland’s largest cities – just 50 minutes from Cork and 90 minutes from Dublin – with plenty of transport links from all main hubs. This 3-day camping festival will provide you with an incredible setting in which to set up your tent or unpack in our bespoke accommodation options, ready to dive right into the site. Those with families can make their 3 day home in our Family Camping Area, an independent space to retreat to with your little ones.  We have taken measures for this forthcoming year to ensure there will be plenty of transport links from all main hubs.

Music, art, friendship and camaraderie are the tenets by which All Together Now will continue to adhere. After a magical sell out first year we return this August with an expanded All Curious Minds area, additional boutique camping options as well as a larger family campsite and Kids Together Now Area. We will continue the festival’s focus on supporting the local arts, with slight growth to a 20,000 capacity festival. 12 miles of stone walls enclose the grounds, and the very nature of the estate will allow you to be right in the midst of the action, or to take time out to relish in the surroundings.

We are indebted to Lord and Lady Waterford for opening the grounds of the Curraghmore Estate to us all – the fabulous landscapes, the drama, the secret spots and hidden gems that all lie in wait for you at All Together Now.

Stay tuned for more details and announcements over the course of the next weeks and months as we prepare for All Together Now, the second chapter.

Please note, there will be NO DAY TICKETS for All Together Now 2019.

EXTREMELY LIMITED Family Weekend tickets remain. We expect these to sell out in the coming days.

General & Family Campervan Passes are completely SOLD OUT, there will be no more put on sale. Register future interest here – https://www.alltogethernow.ie/campervan

All Together Now is Strictly Over 21s. Children up until the age of 12 can attend free of charge, accompanied by a parent with a Family ticket.

General & Family tickets for
All Together Now 2019

For any ticket queries please contact Ticketmaster directly on 0818 903 001 or via the ‘Help Chat’ tab on www.ticketmaster.ie and they will be happy to advise you.